Once upon a time, there lived a family with several children in Sopen, West Biak. One of the sons was Mananamakrdi. All his brothers and sisters disliked Mananamakrdi because his body was mangy so that they could not bear its smell. Every night, they commanded Mananamakrdi to sleep outside the house. If Mananamakrdi didn’t comply with their commands, they would willingly kick him out .

One day, his brothers could not bear the smell of Mananamakrdi’s mange. Mananamakrdi was chased away the house. With unsteady steps, Mananamakrdi walked to the east. After arriving at the beach, he took a tethered boat. He sailed until he found an empty land. This land is known today as the island of Biak Miokbudi in the East.

He made a small hut in the woods. Every day he worked the soil of the sago for their daily meals. In addition, he also made wine and sap from the coconut. There were a few palm trees he could make incisions.

One afternoon, he was very surprised, the sap he collected in the tube had been gone. Mananamakrdi was very upset. He thought that there was a thief taking his sap so that in the night he sat in the midrib of coconut leaves to catch the thief. In the midnight the thief had not come yet. But, in the morning, from the sky, one living thing with the bright light came near the midrib and drank the entire sap. As the bright light creature was about to flee, Mananamakrdi caught him.

"Who are you?" Said Mananamakrdi.

"I am Sampan, the morning star. Please release me, the sun almost rises," he pleaded.

"Heal my mange first, and give me a beautiful wife," asked Mananamakrdi. 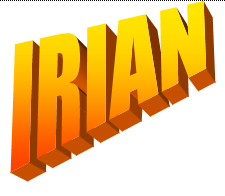 "Be patient, on the beach near the forest trees there grow the tree of bitanggur. If a girl you love is taking a bath at the beach, you should climb the bitanggur. Then throw one of the bitanggur out to sea. In the next time, that girl will be your wife.” Sampan said.

Mananamakrdi then released the Sampan.

Since then, every afternoon Mananamakrdi sat in the bittanggur tree to see the girls taking a bath. One afternoon, he saw a beautiful girl taking a bath alone. The girl was Insoraki, a daughter of the village chief of Meokbundi. Mananamakrdi climbed Bitanggur immediately. He picked up one of the bitanggur, and thrown it into the sea.

Insoraki was annoyed with the bittanggur near her. She threw it away. However, it came to Insoraki again. It happened over and over again until Insoraki annoyed. She then went home.

A few days later, Insoraki was pregnant. Insoraki told her parents that it would be caused by the strange event on the beach. Of course her parents did not believe it. Several months later, A boy of Insoraki was born. At the first birth, the baby was not crying, but laughing. Some time later, the party was held to name the boy. The boy was named Konori. Mananamakrdi attended the party. When the dance party was going on, suddenly Konori ran to Mananamakrdi, and said, "Father ...," Konori shouted. People were shocked and the Dance party then stopped.

Finally, Isoraki and Mananamakrdi got married. However, the chiefs and villagers felt disgusted with Mananamakrdi. They left the village with all the animals and plants they had. The village became deserted; only Mananamakrdi, Insoraki, and Konori.

Early in the morning, Konori was playing on the beach sand. He saw a land full of mounts. The mountains are very beautiful in the morning with full of fogs. The sun shone brightly, the air becames hot and the fog disappeared.

"Hi, My son, do not say so. This is the land of your fathers,” said Mananamakrdi.

After that time, this place was called Irian.