When teachers act as controllers they are in charge of the class and the activity taking place in a way that is substantially different from a situation where the students are working on their own in groups.

One of the most important roles that the teachers have to perform is that of organizing students to do various activities. This often involves giving the students information, telling them how they are going to do the activity; putting them into pairs or groups, and finally closing things down when it is time to stop. 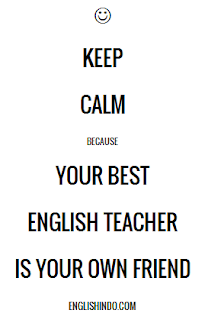 One of the things that the students expect from their teachers in an indication of whether or not they are getting their English right. This is where we have to act as an assessor; offering feedback and correction and grading students in various ways.

Sometimes, when students are involved in a role-play activity, for example, they lose their thread of what is going on, or they are 'lost for words'. They may not be quite sure how to proceed. What should teachers do in this circumstances? Hold back and let them work things out from themselves or, instead, 'nudge' them forward in a discreet and supportive way? If we opt for the latter, we are adopting some kind of a 'prompting' role.

The tradional picture of teachers during student discussions, role-play or group decision-making activities, is of people who 'stand back' from the activity, letting the learners get on with and only intervening later to offer feedback and/or correct mistakes. However there are also times when we might want to join in an activity not as a teacher, but also as a participant in our own right.

In some activities it is inappropriate for us to take on any of the roles we have suggested so far. Suppose that the students are involved in a piece of group writing, or they are involved in preparation for a presentation they are to make to the class. In such situation having the teacher take part, or try to control them, or even to turn up to prompt them might be entirely unwelcome. However, the students may still have need of their teachers as a resource.

When students are working on longer projects, such as pieces of writing or preparations for a talk or a debate, we can act as a tutor, working with individuals or small groups, pointing them in directions they have not yet thought of taking. In such situations we are combining the roles of prompter and resource , acting as a tutor.

We will want to observe what students do (especially in oral communicative activities) so that we can give them useful group and an individual feedback. When observing students we should be careful not to be too intrusive by hanging on their every word, by getting to close to them, or by officiously writing things down all the time. Above all we should avoid drawing attention to ourselves since to do so may well distract them from the task they are involved in.

The role that we take on is dependent, as we have seen, on what it is we wish the students to achieve. Where some activities are difficult to organize without the teacher acting as a controller, other have no chance of success unless we take a less domineering role, it would be more appropriate to act as a resource.

Therefore, the teachers should judge when it is appropriate to use one or other of them. And then when we have made that decision, however consciously or subconsciously it is done, we need to be aware of how we carry out the role and how we perform.